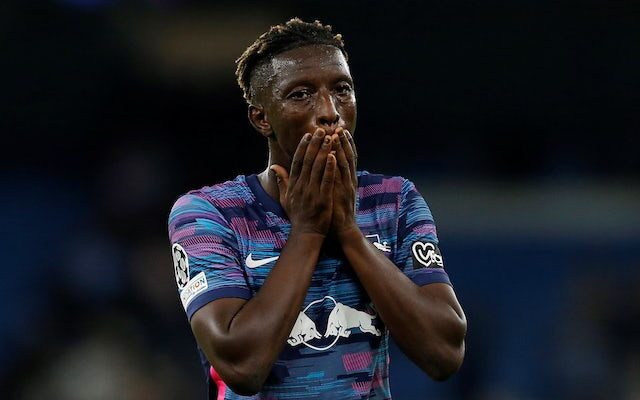 Manchester United will reportedly scout Amadou Haidara during RB Leipzig‘s next two matches, with a view to a potential January move for the Mali international.

Ralf Rangnick, who has been named as the English club’s interim manager for the remainder of the season, has allegedly identified Haidara as a winter target, with the German expected to be given funds to improve the squad at the start of 2022.

According to the Daily Mail, Man United are planning to check on Haidara in Leipzig’s next two matches against Union Berlin in the Bundesliga on Friday and Manchester City in the Champions League next week.

Rangnick signed the 23-year-old for Leipzig from Red Bull Salzburg in 2018, and he has been a key player for his German club since his arrival, making 100 appearances in all competitions.

Haidara is believed to have a £33m release clause in his contract, though, meaning that the Red Bulls could struggle to keep hold of him next year.

The midfielder has scored three times in 17 appearances at club level this season, including four outings in the Champions League.