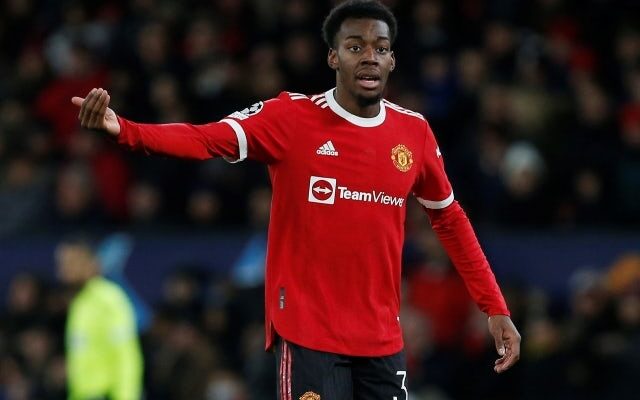 Manchester United starlet Anthony Elanga is reportedly set for a loan spell in the Championship for the remainder of the season.

The 19-year-old already has six first-team appearances under his belt for the Red Devils but is competing for places in the United squad with a star-studded selection of attackers.

Three of Elanga’s four senior appearances this season have come under Ralf Rangnick – including the full 90 minutes in the Champions League against Young Boys – but he has played just 20 minutes in the Premier League.

According to The Sun, Man United are keen for the Sweden Under-21 international to play on a regular basis and are preparing to send him out on loan to a Championship club.

The report adds that the Red Devils have ‘high hopes’ for Elanga’s future at Old Trafford, with the attacker contracted to the club until 2026 after penning a long-term extension last month.

Elanga has four goals and two assists from eight Premier League 2 games for the Under-23s this season and also boasts seven goals from eight appearances for Sweden’s Under-21s.