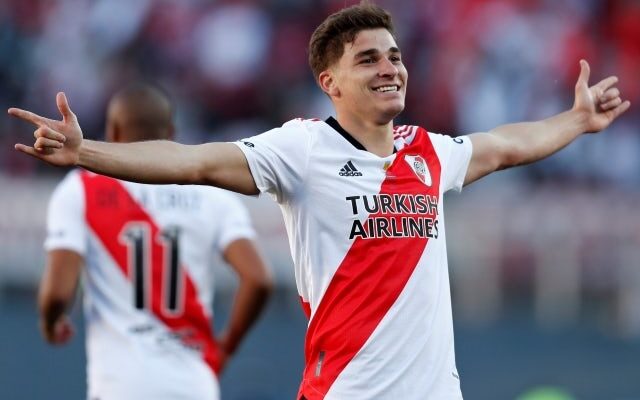 The 21-year-old has scored 36 goals and registered 25 assists in 96 appearances for his Argentine club in all competitions, and his future has been the subject of speculation in recent weeks.

Barcelona, Real Madrid, Inter Milan and Bayern Munich are among the clubs to be credited with an interest in the attacker, but according to Sport, Man United are at the head of the queue.

The report claims that Alvarez’s agent Fernando Hidalgo will travel to England next week to hold talks with the 20-time English champions, who have signalled that they are prepared to pay his €20m (£16.8m) buy-out fee.

The five-time Argentina international has netted 19 times and registered eight assists in 33 league appearances for his current club.

Man United are believed to be open to signing a new forward during the winter window, with Edinson Cavani and Anthony Martial both being strongly linked with moves away from the club.