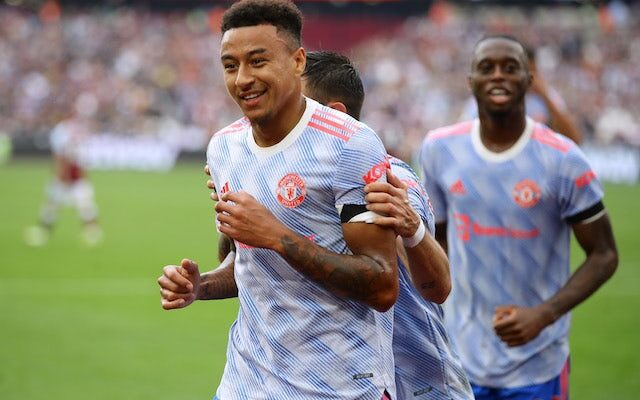 Manchester United are reportedly prepared to allow Jesse Lingard to leave the club during the January transfer window for just £10m.

The England international was believed to have been valued by the Red Devils at £25m over the summer, with the attacker being strongly linked with a return to West Ham United following a successful loan spell at the Hammers in the second half of last season.

Lingard ultimately remained at Old Trafford, but he has only played 63 minutes of Premier League football this season and remains down the pecking order under head coach Ole Gunnar Solskjaer.

According to The Sun, Man United are ready to sell the 28-year-old in January and are likely to accept an offer in the region of £10m, with the Englishman’s contract due to expire next summer.

The report claims that West Ham remain interested in a deal, while Newcastle United are also keeping a close eye on the situation following their lucrative takeover.

Lingard has scored twice and provided one assist in eight appearances for the Red Devils this term.