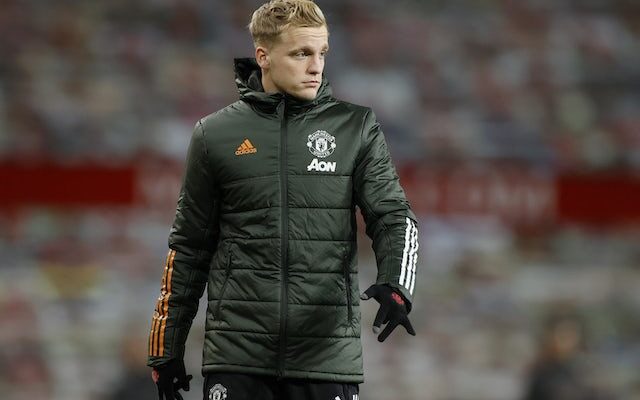 Despite costing £40m last year, the former Ajax man has barely been given an opportunity by Ole Gunnar Solskjaer, the 24-year-old being provided with just 64 minutes in the Premier League and Champions League this season.

Upon been handed a rare chance off the substitutes’ bench against Manchester City at the weekend, Van de Beek was greeted with loud cheers, a sign that supporters believe that he should feature in the starting lineup.

According to the Daily Mail, Van de Beek’s teammates have also been left puzzled as to why he has effectively been frozen out by Solskjaer since his arrival.

In total, just four starts have been made in the Premier League since September 2020, and eight of his 17 starts have come in the FA Cup or EFL Cup.

Van de Beek has been frequently linked with a departure from Old Trafford with Everton having expressed an interest earlier this year.