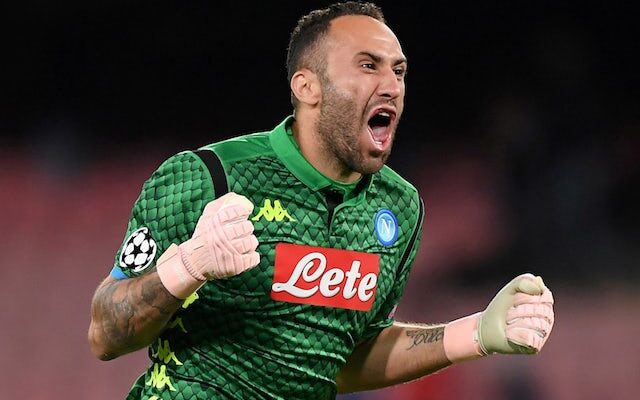 The 33-year-old’s contract with his Italian club is due to expire at the end of June, and he is allegedly preparing to leave on a free transfer ahead of the 2022-23 campaign.

According to Area Napoli, Ospina’s agent is currently preparing for his client’s exit, and Man United have been offered the opportunity to sign the experienced goalkeeper on a free transfer.

Dean Henderson has been strongly linked with a move away from Old Trafford, but interim head coach Ralf Rangnick is reluctant to allow his number two stopper to move on in the middle of the season.

However, it is alleged that Henderson could be allowed to depart if a ‘reliable second option to David de Gea’ arrives, with Ospina emerging as a potential signing.

The Colombia international, who has made 20 appearances for Napoli during the 2021-22 campaign, played in the Premier League for Arsenal between 2014 and 2019, featuring on 70 occasions in all competitions.