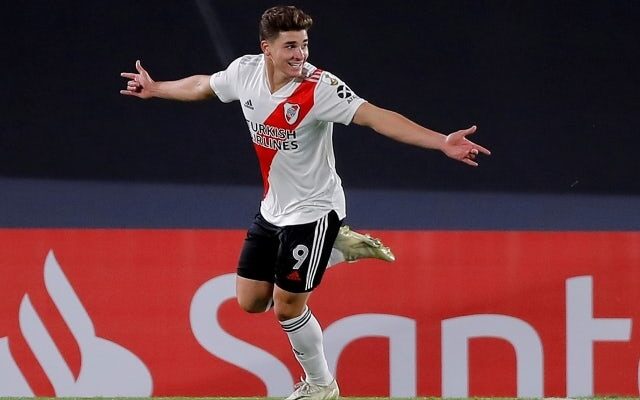 The 21-year-old forward has established himself as one of the brightest prospects in South America, scoring 17 goals and registering seven assists in 19 league appearances this season.

According to Calciomercato, via Fichajes, a plethora of European clubs are interested in signing Alvarez in the winter window, with both United and City the latest teams to have joined the race.

The report adds that Pep Guardiola is a huge admirer of Alvarez and believes he can be a future star for the Citizens in attack.

Man United, meanwhile, are looking to bolster their attacking options with younger talents, with both Cristiano Ronaldo, 36, and Edinson Cavani, 34, in the latter stages of their careers.

Alvarez will see his current contract with River Plate expire in December 2022, which includes a €25m (£21.1m) release clause.