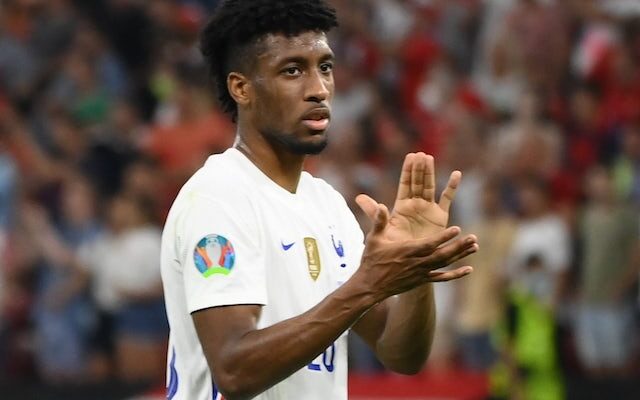 Manchester United and Liverpool have reportedly suffered a blow in their pursuit of Bayern Munich winger Kingsley Coman, who is in talks over a new contract with the German giants.

The 25-year-old has had a decorated career to date, winning a league title in each of his nine seasons as a professional including Ligue 1 with Paris Saint-Germain and Serie A with Juventus.

Coman has already netted four times in the Bundesliga this season in 10 appearances, with his best tally in this division coming during the 2018-19 campaign when he scored on six occasions.

Sportbild reports that despite the French international being linked with a move to the Premier League, Bayern have opened negotiations for a new deal, with his current contract set to expire in 2023.

It was reported that Coman was interested in a transfer to England in the summer but he would now be tagged with a high valuation as a new contract would tie him to the German giants for a couple more years.

Coman arrived at the Allianz Arena in 2017 and has gone on to provide 52 assists and score 46 goals in 217 appearances for the club.