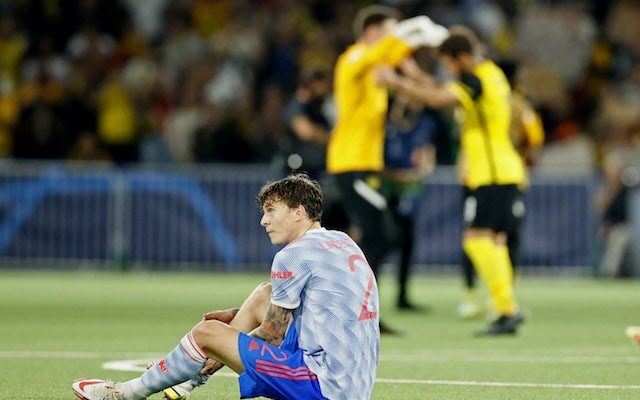 Victor Lindelof did not travel with the Manchester United squad to Italy for Tuesday’s Champions League clash with Atalanta BC after ‘picking up a knock in training’.

During Monday’s pre-match press conference, Red Devils boss Ole Gunnar Solskjaer suggested that he would have a full squad available for the match, with Paul Pogba also travelling, as the Frenchman’s current suspension only relates to domestic games.

However, Solskjaer did also reveal that there had been “a couple of little twinges” during the team’s final training session ahead of making the trip to Italy.

Lindelof was not named in the 25-man travelling squad, and a statement on Man United’s official website said that the Sweden international had suffered a knock during Monday’s training session.

The 27-year-old has played every minute of his team’s 2021-22 Champions League group-stage campaign to date and impressed in a back three alongside Harry Maguire and Raphael Varane in Saturday’s 3-0 win over Tottenham Hotspur.

Amad Diallo and Anthony Martial are both in the Man United squad, though, after recovering from recent injury problems.