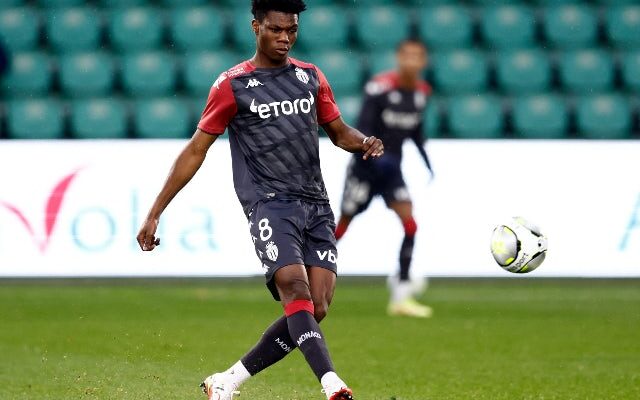 Manchester United have reportedly cooled their interest in Monaco midfielder Aurelien Tchouameni ahead of this summer’s transfer window.

The 21-year-old is widely expected to leave his Ligue 1 team at the end of the 2021-22 campaign, and a number of clubs, including Man United, Chelsea and Liverpool, have been linked with his services.

However, according to Italian journalist Fabrizio Romano, the Red Devils are more interested in bringing RB Leipzig‘s Amadou Haidara or Borussia Monchengladbach‘s Denis Zakaria to Old Trafford this year.

“I’m told there is no serious or advanced talks for any midfielder for Manchester United,” Romano told The United Stand. “So, they have to make a decision whether or not they want to sign a midfielder in January. For sure, they [Haidara and Zakaria] are two players that Manchester United are monitoring.”

Donny van de Beek has reportedly turned down the chance to join Newcastle United on loan this month despite struggling for action in the first half of the 2021-22 campaign.

Paul Pogba, meanwhile, is widely expected to leave Old Trafford on a free transfer at the end of June, meaning that two new central midfielders could arrive at the club this year.