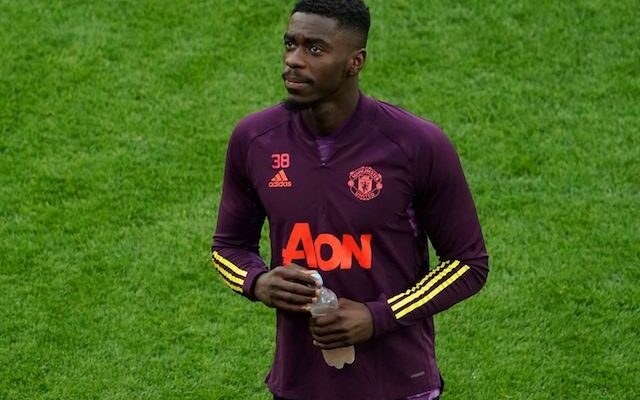 Manchester United defender Axel Tuanzebe has joined Italian giants Napoli on loan for the second half of the 2021-22 campaign.

The former England Under-21s international spent the first half of this season on loan at Aston Villa, making 11 appearances for Steven Gerrard‘s side in all competitions.

However, Tuanzebe has now ended his time at Villa to join Napoli until the end of the campaign, with Man United confirming the agreement on Saturday afternoon.

“Manchester United defender Axel Tuanzebe has joined Serie A side Napoli on loan until the end of the 2021/22 season,” read a statement on the club’s official website.

“The 24-year-old signed a new contract in the summer, keeping him at Old Trafford until June 2023 with the option to extend by another year.”

Napoli will allegedly pay Man United a loan fee of £420,000 for the versatile defender, who has made 37 first-team appearances for the 20-time English champions.