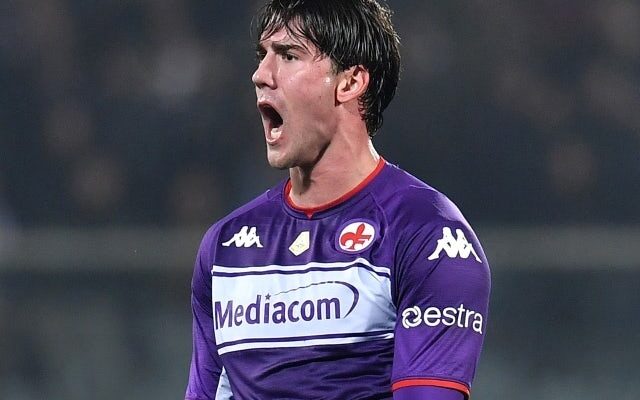 Fiorentina chief executive Joe Barone has revealed that Dusan Vlahovic has turned down the chance to sign “the highest contract ever in the history” of the Italian club.

The 21-year-old has been in impressive form for La Viola during the 2021-22 campaign, scoring 17 times and providing two assists in 18 appearances in all competitions.

A number of clubs, including Manchester United, Arsenal and Tottenham Hotspur, continue to be linked with the Serbia international, who only has a contract in Florence until June 2023.

Fiorentina chief executive Barone has conceded that the Serie A club are facing an uphill task to keep hold of the striker, who has rejected the opportunity to pen a lucrative deal at Stadio Artemio Franchi.

“We’ve offered Vlahovic the highest contract ever in the history of Fiorentina, several times. Both Dusan and his agent made us realise that they do not want to accept. Our bid is still on the table,” Barone told La Repubblica.

Vlahovic – thought to be valued in the region of £70m – has scored 46 goals in 102 appearances for his current club since making the move from Partizan in 2018.