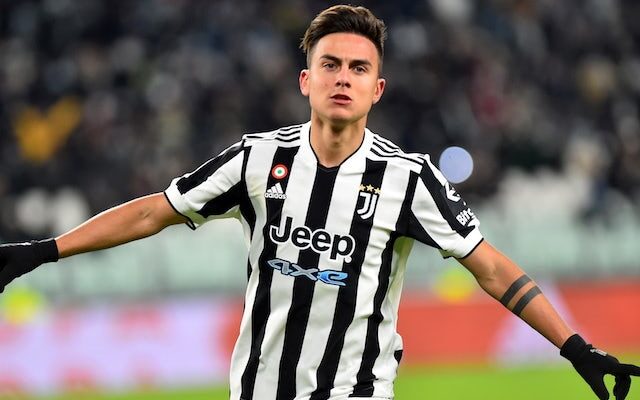 Manchester United are reportedly keeping a close eye on the developments surrounding Paulo Dybala, with the attacker potentially being available on a free transfer this summer.

The 28-year-old’s current deal with Juventus is due to expire at the end of June, meaning that he is currently free to discuss a potential pre-contract with foreign clubs.

According to TyC Sports, Dybala had reached an agreement with the Old Lady to extend his deal, but the Italian outfit later changed the terms of the deal, meaning that the attacker is now ready to ‘listen to offers’, with the 20-time English champions monitoring the developments.

Man United are believed to have been close to signing the Argentina international in 2019 as part of a swap deal for Romelu Lukaku, but the forward ultimately remained with his Serie A side.

Dybala has been in strong form for the Old Lady during the 2021-22 campaign, scoring nine times and registering four assists in 20 appearances in all competitions.

In total, the South American has represented Juventus on 274 occasions in all competitions, netting 109 times and registering 46 assists in the process.