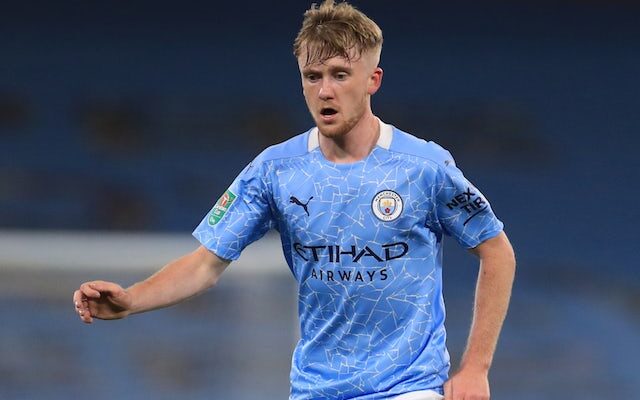 Manchester City academy graduate Tommy Doyle is reportedly attracting interest from the Championship regarding a potential loan move in January.

The 20-year-old midfielder is currently on loan with 2.Bundesliga side Hamburger SV, however the midfielder has struggled for game time in Germany, featuring for just 150 minutes as a substitute across seven matches in all competitions.

According to the Daily Mirror, the Citizens will consider recalling Doyle in January and then sending him back out on loan to another interested club, with a number of teams in the Championship hoping to acquire his services.

Swansea City are believed to be one of the frontrunners in the race for Doyle, while Barnsley and Blackpool have also been linked with the midfielder.

The England Under-21 international has also made seven senior appearances under Pep Guardiola, with his most recent appearance coming against Swansea in the fifth round of the FA Cup in February.