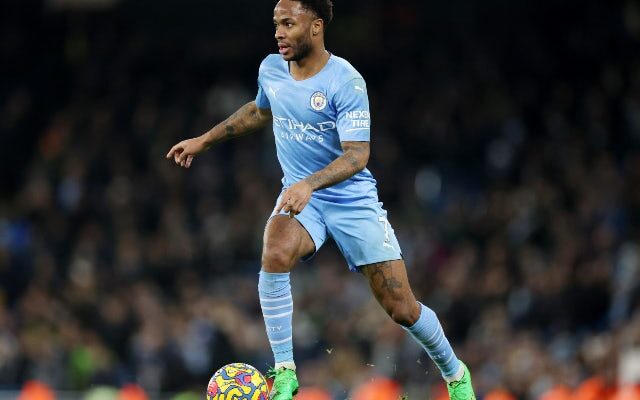 Manchester City winger Raheem Sterling has reportedly set his sights on a move to Barcelona, and would be willing to take a pay cut for the deal to happen.

The 27-year-old has scored nine goals and provided three assists in 25 appearances for Pep Guardiola‘s side across all competitions this season, but it is believed that the England international does not wish for his future to remain at the Etihad.

Sterling is said to have his mind set on a move to Camp Nou, and he was linked with Barcelona prior to January’s transfer window before the Catalan giants completed the signing of former teammate Ferran Torres instead.

According to The Mirror, Sterling is willing to considerably reduce his salary to force through a move to Barca, who will struggle to find the finances to afford the winger.

Xavi’s side are still unable to register Torres due to financial difficulties, and the report suggests that Man City would demand £70m for Sterling, but the Premier League champions may be persuaded into a cheaper deal if Frenkie de Jong moves in the opposite direction.

Since arriving at the Etihad from Liverpool in 2015, Sterling has gone on to score 123 goals and provide 89 assists in 317 appearances for the club.