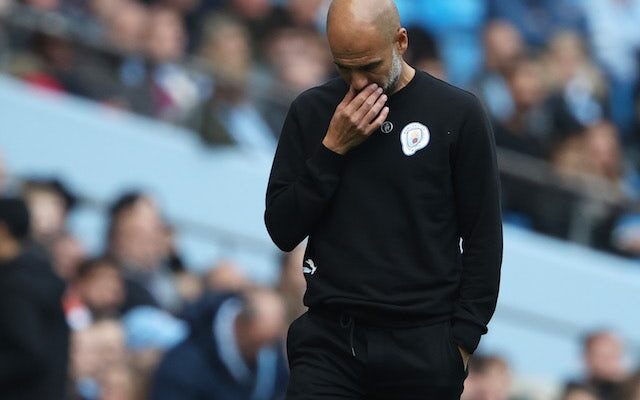 Manchester City will endeavour to produce another five-star showing when they battle Club Brugge in the Champions League on Wednesday in Group A.

Pep Guardiola‘s men eased to a 5-1 win when the sides met in Belgium on matchday four, but the Citizens are not exactly on cloud nine heading into this clash.

Ferran Torres remains Man City’s only injury concern with a fractured foot, while Aymeric Laporte‘s red card at the weekend means nothing for the Champions League.

Ahead of the weekend’s Manchester derby, Guardiola should certainly shuffle the pack for this game, with Mahrez and Raheem Sterling both in line to return to the attack.

Kevin De Bruyne is supposedly at risk of losing his starting place for the meeting with Ole Gunnar Solskjaer‘s men, and Guardiola may be tempted to recall Ilkay Gundogan here.

As for Brugge, midfielder Eder Balanta has now picked up three bookings in the Champions League and will not be available here, so Ruud Vormer and Mats Rits ought to line up in midfield.

Highly-rated winger Noa Lang is suspended for his side’s next league fixture but is fine to line up here, while Stanley Nsoki returns from a domestic ban of his own to displace Brandon Mechele in defence.

Dost has certainly put himself in the frame to lead the line with his game-winning brace at the weekend, and he may be granted his wish after Kamal Sowah was nowhere to be seen.