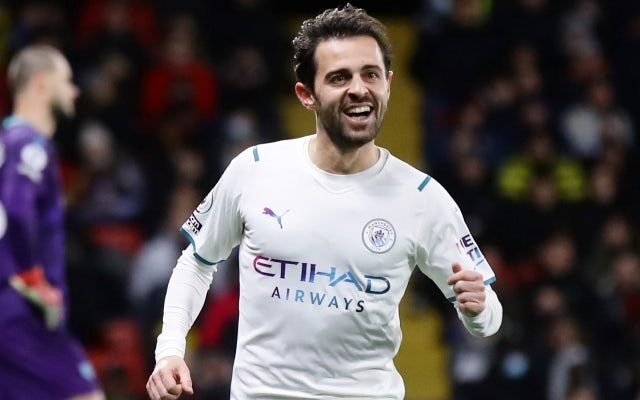 The 27-year-old was heavily linked with a summer exit from the Etihad Stadium, however the Portugal international eventually stayed put and has since excelled for Pep Guardiola‘s side this campaign.

Silva, who has won the Citizens’s Player of the Month award in each of the last three months, has scored seven Premier League goals in 17 appearances this term, two more than any of his teammates.

According to The Sun, Man City are prepared to almost double the midfielder’s wages, which would see him become one of the club’s highest earners along with Kevin De Bruyne and Raheem Sterling, who are currently earning around £300,000 per week.

Silva revealed last month that he is ‘in love with the club’ and is “happy” despite previous rumours, and it is now understood that he is willing to commit his long-term future to the Premier League champions.

The former Monaco star has made 224 appearances for City across all competitions since joining the club in 2017, winning a total of 10 domestic trophies.