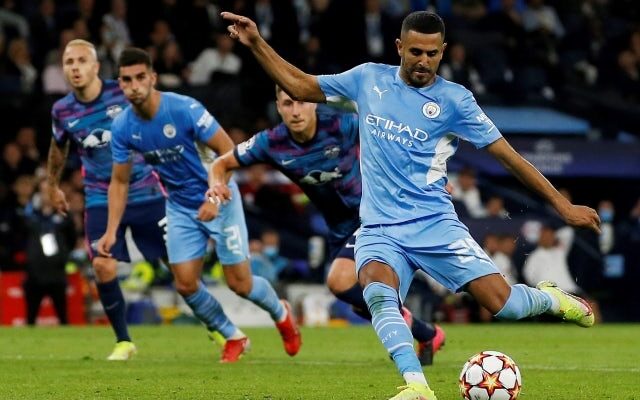 While the 30-year-old has only made three starts in the Premier League this season, the Algeria international has started each of City’s five Champions League fixtures.

In total, Mahrez has contributed eight goals from 17 appearances in all competitions, and it appears that Pep Guardiola wants to ensure that the player does not contemplate a move away from the Etihad Stadium.

According to The Sun, City officials want to reach a positive conclusion to contract talks by the end of the year.

Having recently agreed fresh terms with a number of senior players, the report suggests that Mahrez is now next on their list of priorities.

Despite the prospect of receiving many offers from elsewhere, it is suggested that Mahrez is happy in Manchester and wants to remain at the club.