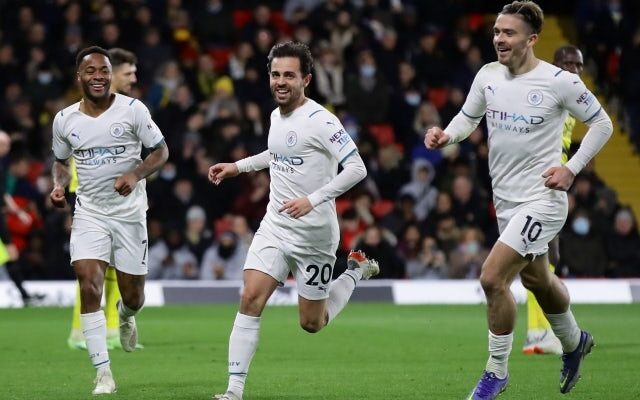 Manchester City have set a new club record following their 3-1 Premier League victory away against Watford on Saturday evening.

Raheem Sterling‘s close-range header in the fourth minute was followed by two brilliant strikes either side of half time from in-form playmaker Bernardo Silva, which helped the Citizens claim their 11th win of the campaign.

Pep Guardiola‘s side still have five top-flight games remaining this calendar year – three of which are against teams currently in the bottom half of the table – so the Premier League champions will fancy their chances of extending this impressive record.

City have now climbed to the top of the table, one point clear of Liverpool in second place and two points above Chelsea in third, who lost 3-2 against fourth-placed West Ham United on Saturday lunchtime.

A trip to RB Leipzig in the Champions League on Tuesday is up next for the Citizens, before they return to Premier League action at home against Wolverhampton Wanderers on November 11.