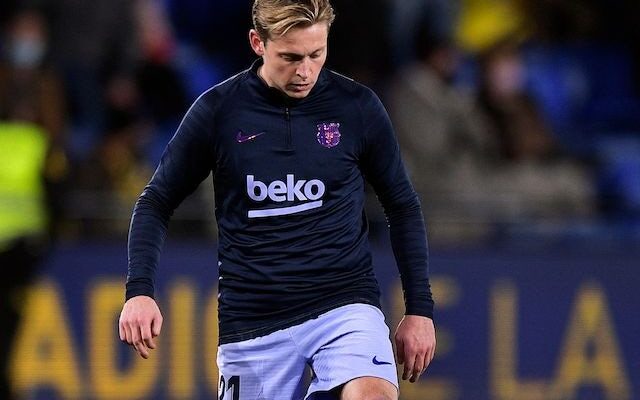 Manchester City are reportedly open to discussing a swap deal with Barcelona for Frenkie de Jong, with Aymeric Laporte potentially moving in the opposite direction to Camp Nou.

Barcelona continue to be strongly linked with Laporte but will struggle to afford the Spain international due to their ongoing financial problems.

De Jong’s future has also been called into question, with a number of Premier League clubs, including Manchester United and Liverpool, said to be interested in his signature.

According to El Nacional, Man City boss Pep Guardiola has instructed his club to explore a possible swap deal for Laporte and De Jong.

The report, though, claims that De Jong is not currently interested in leaving Camp Nou despite the widespread speculation surrounding his future.

Man City and Barcelona have already done business during the January transfer window, with Ferran Torres moving to Camp Nou in an initial £46.3m deal.