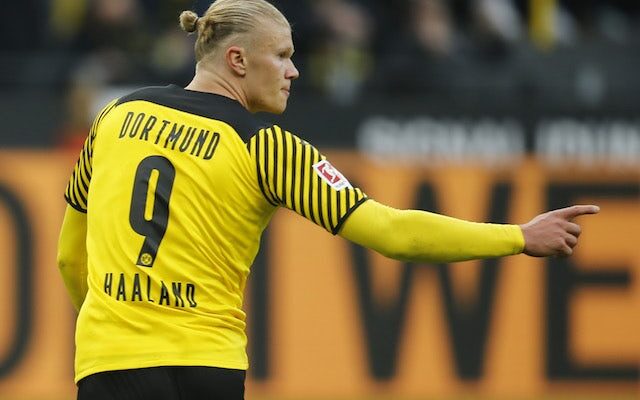 The Norway international is widely expected to leave BVB at the end of the 2021-22 campaign, when he will allegedly have a £63m release clause in his contract.

Real Madrid, Barcelona, Bayern Munich, Chelsea, Manchester United and Paris Saint-Germain are all believed to be keen to sign the 21-year-old this summer.

However, according to The Athletic, Man City will go all-out to bring the forward to the Etihad Stadium, having identified him as their leading target in the final third of the field.

The report claims that the Citizens are preparing to hold discussions with Haaland’s representatives over the coming weeks to discuss a switch to the reigning English champions.

Real Madrid are thought to be at the head of the queue for the Norwegian, with Los Blancos potentially signing both Haaland and Paris Saint-Germain’s Kylian Mbappe this summer.

Haaland, who will allegedly decide his future “in the next few weeks”, has scored 19 goals and registered five assists in 16 appearances for Dortmund this season.