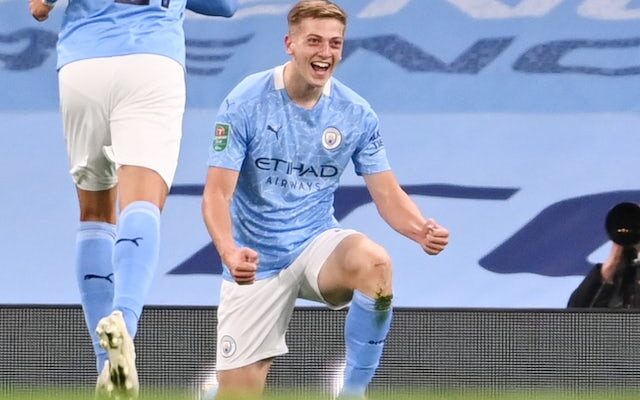 Nineteen-year-old midfielder McAtee has starred for City’s Under-23s side this campaign, scoring 16 goals in 17 appearances across all competitions.

Meanwhile, Delap, the son of former Saints midfielder Rory Delap, has endured a frustrating campaign with ankle and hip injuries, which has reduced the 18-year-old striker to only four appearances for the academy side.

According to Sky Sports News, Southampton are keen to sign both McAtee and Delap this month as they fit their transfer philosophy of signing young players who can make an immediate impact in the first team.

Ralph Hasenhuttl recruited two academy players from Chelsea over the summer, signing Tino Livramento on a permanent basis, while Armando Broja moved to St Mary’s on a season-long loan deal.

McAtee, an England Under-20 international, has featured twice in City’s senior side, including his Premier League debut off the bench against Everton in November.

Delap, meanwhile, has made three appearances in Pep Guardiola‘s first team, scoring on his senior debut in the 2-1 League Cup win against Bournemouth in August 2020.