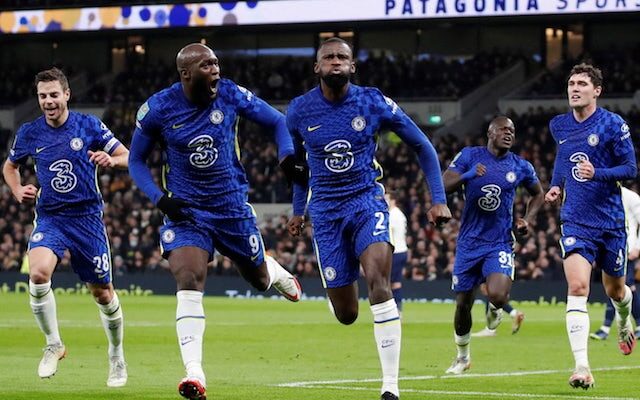 Malang Sarr has acknowledged that he is enjoying playing alongside Antonio Rudiger in the Chelsea defence.

While Sarr has barely played in the Premier League this season, he featured alongside Rudiger on Wednesday night as Chelsea defeated Tottenham Hotspur in the EFL Cup semi-finals.

Throughout his season, Sarr has played to the left of the Germany international, either as a centre-back or as a left-back like he was in North London.

Speaking after the game, Sarr heaped praise on Rudiger at a time when Chelsea are battling to retain the services of the 28-year-old in the long term.

Sarr is quoted by the Evening Standard as saying: “He is amazing on and off the pitch. What you see is him on the pitch always giving his heart, giving energy and always helping his teammates and you can see how influential he is.

“He’s not just big, he’s a good, good player with the ball and he always tries to help the team, not just himself, to bring the toughness to the squad and just to lead.”

Chelsea are reportedly in competition with the likes of Real Madrid and Paris Saint-Germain, who can hold discussions with Rudiger now that less than six months remain on his contract.