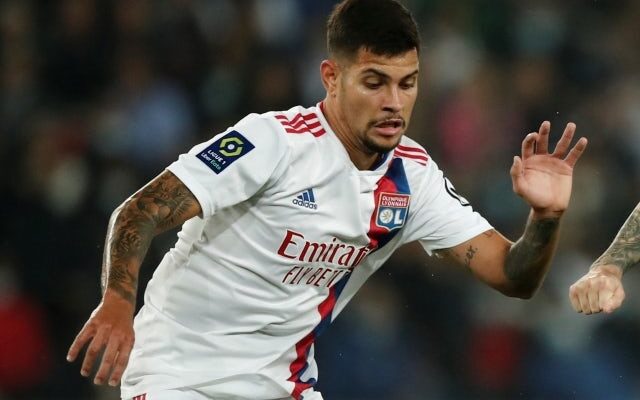 Lyon‘s defensive midfielder Bruno Guimaraes has confirmed that Arsenal made an approach to sign him over the summer.

The 24-year-old has been a first-team regular with the Ligue 1 outfit this season, featuring 17 times in the French top flight as well as making five appearances in the Europa League.

One previous report claimed that the Gunners had opened talks with Guimaraes, who has since confirmed that representatives of the Premier League giants reached out to the player’s agent.

“Arsenal approached my agent, but there was no offer. My aim, and I made it clear to Juninho (Lyon’s sporting director), is to win a title with Lyon,” the Brazil international told Globo, via GFFN.

“The fans have not had one for a long time. We have the Coupe de France, the Europa League and the league. It is difficult with the level that PSG are at, but anything can happen.

“My aim is to win a title here, but I have never hidden my desire to play in the Premier League.”

Guimaraes, who is under contract with Lyon until June 2024, could be considered by Arsenal’s hierarchy as a direct replacement for outgoing midfielder Ainsley Maitland-Niles, who is close to completing his January loan move to Roma.