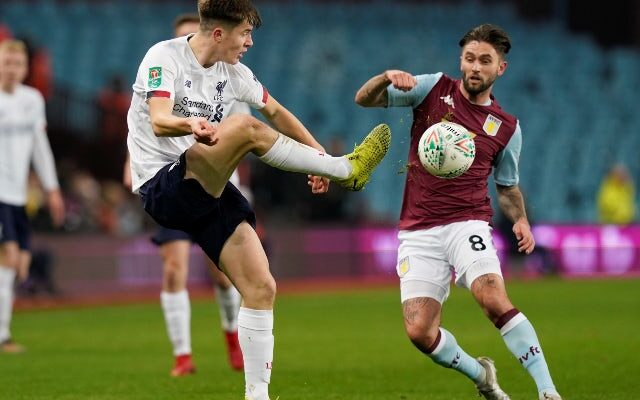 Livingston have completed the permanent signing of Welsh centre-back Morgan Boyes from Liverpool.

A Liverpool academy product, the 20-year-old turned out for the Reds’ first team in the FA Cup and EFL Cup but did not make a Premier League appearance under Jurgen Klopp.

Boyes featured nine times for Liverpool’s Under-23s in the 2021-22 Premier League 2 season, but the Reds have confirmed that the Welshman will advance his career in Scotland.

“Liverpool FC can confirm that Morgan Boyes has completed a permanent transfer to Scottish Premiership club Livingston. Everyone at Liverpool FC wishes Morgan good luck for his future career,” a statement on Liverpool’s website read.

Boyes’s first-team appearances for Liverpool came in the 5-0 defeat to Aston Villa in the 2019-20 EFL Cup and a substitute outing in the FA Cup against Shrewsbury Town later that year.

The nine-cap Wales Under-21 international registered one goal and one assist in 32 appearances for Liverpool’s Under-23s and also played four games for Fleetwood Town during a six-month loan last term.