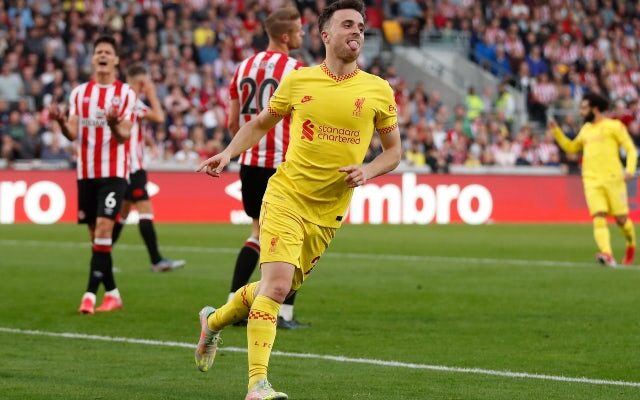 The Portuguese attacker was left out of the squad to face AC Milan in midweek, with the Reds naming a second-string XI with top spot and qualification already assured.

Jota was not pictured in training sessions following the San Siro win, though, and Klopp has confirmed that the ex-Wolverhampton Wanderers man suffered a knock against his former club last weekend.

Speaking to reporters ahead of the visit of Villa, Klopp said: “Diogo felt something after the game last weekend and didn’t train yet. We will see, maybe he can train today.”

Jota boasts eight goals from 14 Premier League appearances this season but was guilty of a horror miss against his former club last weekend.

Klopp also revealed that Nat Phillips would spend at least a month on the sidelines owing to a cheekbone fracture.