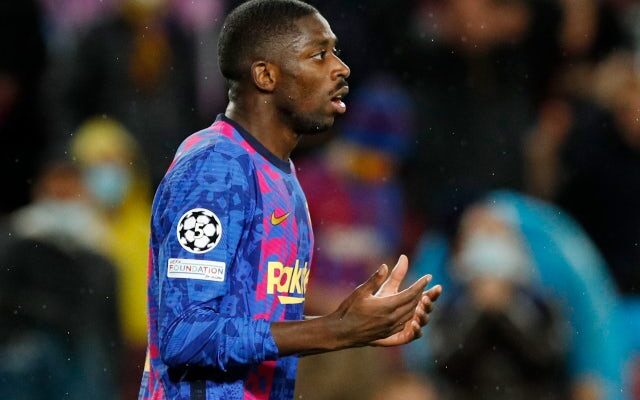 The France international has still not signed a new deal at Camp Nou, meaning that he is currently free to hold talks with foreign clubs over a pre-contract.

Manchester United, Newcastle United, Chelsea and Juventus are among the teams to be credited with an interest in the attacker in recent months.

However, according to Mundo Deportivo, there is also firm interest from Liverpool, with the Reds keen to bring him to Anfield ahead of the 2022-23 campaign.

Dembele is believed to be demanding a £700,000-a-week deal at Barcelona, which has allegedly left the Catalan club’s head coach Xavi ‘speechless’.

However, the 24-year-old’s agent Moussa Sissoko has insisted that his client’s contract standoff with Barcelona is not for financial reasons despite the widespread speculation.

Dembele has scored once and provided two assists in 10 appearances at club level this season.