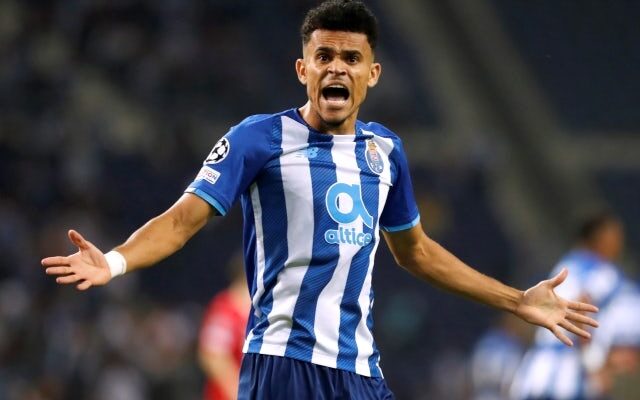 Liverpool are reportedly close to securing the signature of Porto attacker Luis Diaz in a £60m deal.

A number of major European clubs are believed to have watched the Colombia international during the 2021-22 campaign, with the forward starring for his Portuguese club.

The 24-year-old has scored 14 times and registered five assists in 24 appearances for Porto this season, including 12 goals and four assists in 15 league appearances.

Liverpool are among the clubs to be credited with an interest in the South American in recent weeks, and according to The Sun, the Reds are now closing in on a £60m deal for his services.

The report claims that Diaz is viewed by the Merseyside giants as the ideal stand-in for Mohamed Salah and Sadio Mane, with the pair heading off to the Africa Cup of Nations.

The attacker, who played twice against Liverpool during the group stage of this season’s Champions League, is believed to have a £67m release clause in his current deal.

However, Jurgen Klopp‘s side are allegedly hoping to sign Diaz for slightly less, with the English giants pushing to complete a January deal rather than waiting until the end of the season.