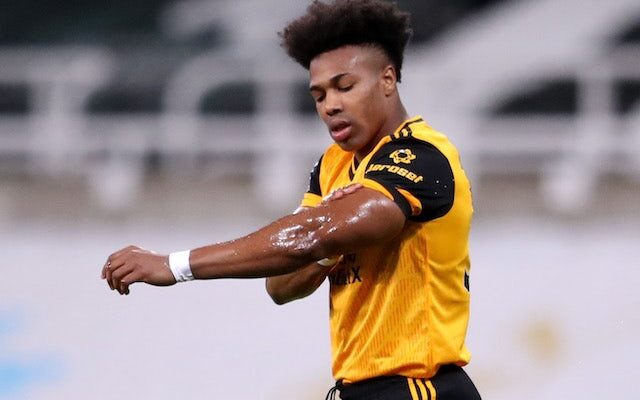 Wolverhampton Wanderers are reportedly willing to sell Adama Traore in January amid interest from Liverpool and Barcelona.

The 25-year-old has again been a regular for Wolves during the 2021-22 campaign, making 13 appearances in all competitions, but he is yet to register a goal or an assist.

A recent report claimed that Liverpool and Barcelona were both eyeing a move for the Spain international during the January transfer window.

According to Football Insider, Wolves are bidding to complete a permanent move for Hwang Hee-chan and will need to offload one of their forwards in order to sign the RB Leipzig attacker.

The report claims that Bruno Lage‘s side will listen to offers for Traore at the start of 2022, as his contract at Molineux is due to expire in June 2023.

The Spaniard has scored 10 goals and registered 18 assists in 144 appearances for Wolves since making the move from Middlesbrough in August 2018.