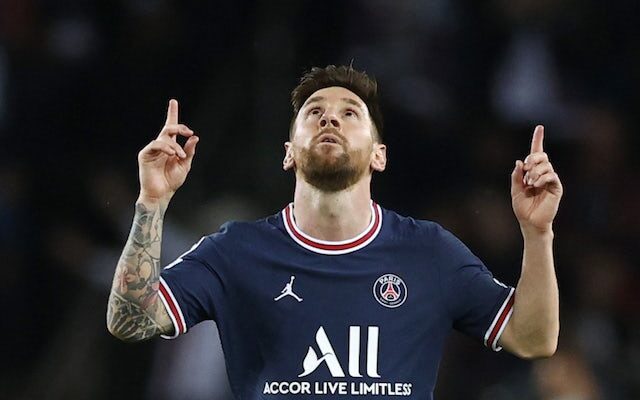 Paris Saint-Germain will be forced to cope without Lionel Messi for Wednesday’s Champions League contest with RB Leipzig.

The six-time Ballon d’Or winner came off with muscular discomfort at half time against Lille on Friday and is also reported to be struggling with a knee injury.

Messi bagged a brace in his side’s 3-2 win over Leipzig in their most recent European battle, but he will not be repeating the trick here after PSG confirmed that he would not be involved.

The club posted a medical update regarding Messi with their squad announcement, confirming that the attacker “has discomfort in his left hamstring and pain in his knee following a contusion.”

The Argentine is joined by Marco Verratti, Sergio Ramos and Leandro Paredes on the sidelines, but Kylian Mbappe will be involved after overcoming an ear infection.

Juan Bernat made his first start for over a year against Lille but has been left at home for this contest alongside Rafinha, as Mauricio Pochettino‘s side seek to maintain their one-point lead over Manchester City at the top of the Group A rankings.