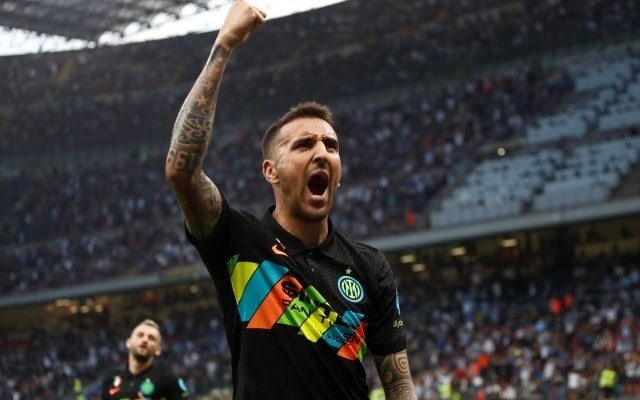 Leicester City are interested in signing Inter Milan midfielder Matias Vecino, according to a report.

The Italian has featured 12 times this season in Serie A, but it is expected that he will move away from the club, and that deal could happen as early as January.

The 30-year-old is under contract until the summer, meaning the upcoming transfer window will be Inter Milan’s final opportunity to make any money from him.

According to Gazzetta Dello Sport, Leicester City are interested in signing the midfielder, and the player would also prefer a move to the Premier League.

They are not the only club hoping to sign him though as Napoli are also keeping tabs on the situation, but Brendan Rodgers does want more cover in his area of the pitch.

The Foxes will compete against Liverpool today in their latest fixture as they look to climb further up the table, where they currently sit 10th.