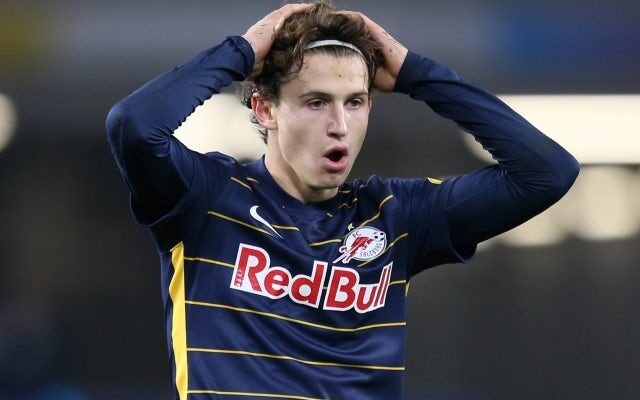 Leeds United are reportedly set to miss out on the signing of Red Bull Salzburg‘s midfielder starlet Brenden Aaronson in next month’s transfer window.

Since joining the Austrian champions from MLS side Philadelphia Union in January, the 21-year-old has been a standout performer across all competitions, scoring 10 goals and providing 12 assists in 51 appearances.

Aaronson’s impressive form is believed to have caught the eye of a number of clubs across Europe including Leeds, who were considering a swoop for the USA international in the New Year.

However, the Daily Telegraph reports that Salzburg intend to keep hold of Aaronson for the rest of the season and will not entertain any offers for the midfielder next month.

Leeds are believed to be in the market for a new centre-midfielder, as star man Kalvin Phillips could be ruled out for the next two months with a hamstring injury.

Marcelo Bielsa‘s side have also been linked with the likes of Napoli’s Eljif Elmas and Aaronson’s American compatriot Weston McKennie, who is valued at around £20m by Juventus.