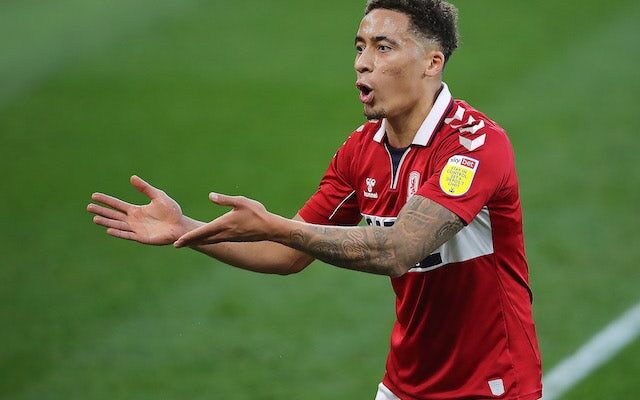 The 22-year-old academy graduate has been a regular in Boro’s starting lineup this season, playing the full 90 minutes in each of the last 14 Championship fixtures.

According to TEAMtalk, Leeds have joined Brighton & Hove Albion, Burnley and Southampton in the race to sign Tavernier, with Whites director of football Victor Orta believed to be an admirer of the winger.

The England youth international signed a new contract at the Riverside Stadium in January 2020, but that deal will expiry in June 2023.

Tavernier naturally plies his trade as a left winger, however this campaign he has featured regularly on the right flank, as well as in central, defensive and advanced midfield roles.

After failing to recruit a midfielder over the summer, to help ease the burden on Kalvin Phillips, Leeds may consider tabling a bid for Tavernier in January.