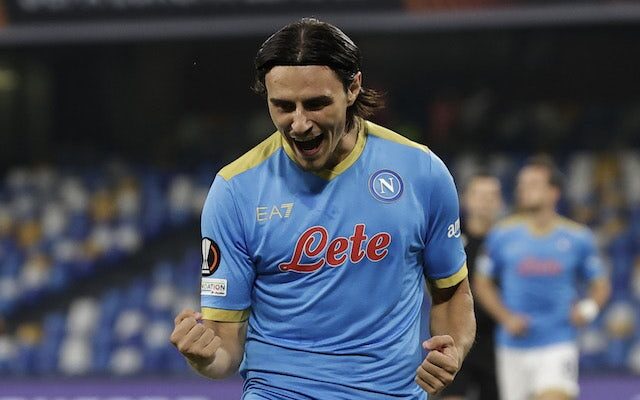 The 22-year-old has enjoyed an impressive campaign with the Serie A title challengers this season, scoring six goals and providing two assists in 25 appearances across all competitions.

According to journalist Talha Arslan, via the Daily Express, both Leeds and Dortmund attempted to sign Elmas last summer and they are now preparing to make a January offer with an ‘astronomical price’ to try and tempt Napoli to sell the midfielder.

The report adds that Marcelo Bielsa‘s men are looking to increase their initial offer for the North Macedonia international to around £15.3m.

Elmas, who has previously been linked with La Liga giants Barcelona and Real Madrid, still has three-and-a-half years remaining on his contract and Napoli are under no pressure to sell him in January.