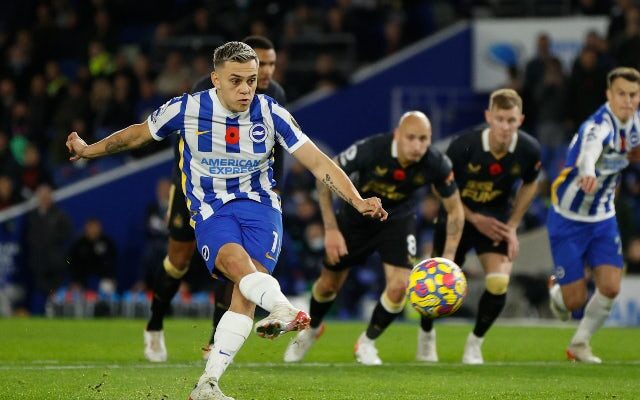 Leandro Trossard insists he is happy at Brighton & Hove Albion and feels wanted by the club, amid reported interest from Barcelona.

The 26-year-old has been a key player under head coach Graham Potter since arriving at the club in the summer of 2019, scoring 13 goals and providing nine assists in 79 Premier League appearances.

A previous report claims that Barcelona head coach Xavi is interested in the Belgium international, however Trossard has expressed his content at the Amex Stadium.

Speaking to Belgian news outlet HLN, Trossard said: “I’m happy at Brighton. I’m just getting into football. I like the philosophy.

“I can’t guess at the moment how the season will end and how good my performances will remain. If I keep that constant, of course, you never know.

“Brighton did everything they could to get me here. That [Graham Potter] came to Tubize specifically for an interview gave me an extra good feeling. I knew I would get my chance here”.

Trossard, who will see his contract expire in June 2024, has played in all 13 Premier League matches for Brighton this season, and is expected to feature again on Wednesday night when the Seagulls travel to the London Stadium to face West Ham United.