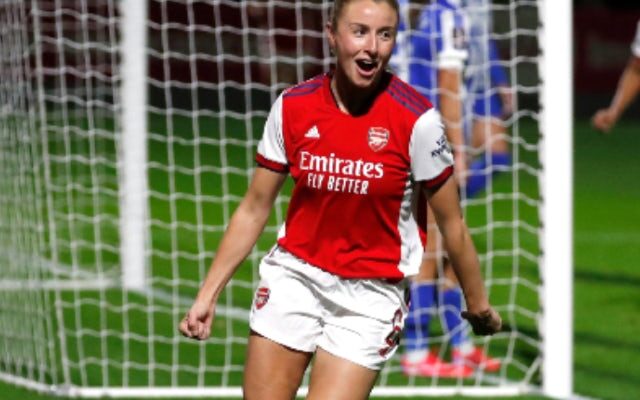 Arsenal Women have announced that Leah Williamson has signed a new contract with the club.

The 24-year-old rose through the youth ranks at the North London club and has since made 179 appearances for the senior team, registering 13 goals across all competitions.

“It was a dream come true the first time that I signed here and the feeling hasn’t changed. I’m as grateful as ever to have the opportunity to do what I do here – at home – and I’m very proud to continue to represent my family playing for Arsenal and to wear the badge,” Williamson told arsenal.com.

Women’s head coach Jonas Eidevall added: “It’s wonderful news that Leah has signed a new deal. As well as being a key player for us right now, she is also an integral part of our plans for the future – a player for us to build Arsenal around and show the young women in our academy what can be achieved through hard work, dedication and passion.

“I know Leah has a special bond with the fans too – it’s so important for the supporters to identify with the players and they certainly have that in Leah.”

Williamson – a 24-cap England international – has only made 10 appearances for Arsenal Women in all competitions this season following a serious hamstring injury sustained in November.