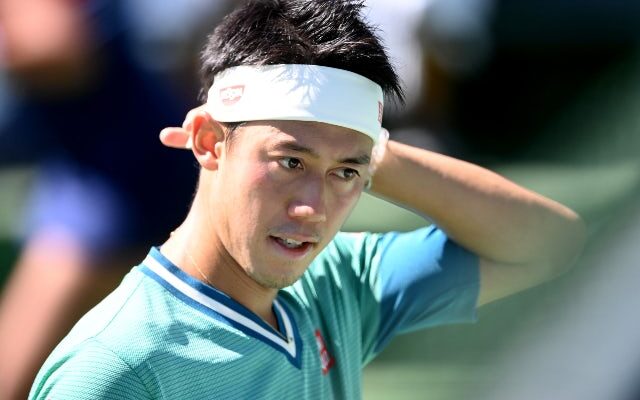 Japan’s Kei Nishikori has announced that he will not be taking part in the upcoming Australian Open due to a hip injury.

The former world number four has revealed that he has been struggling with the issue since the end of 2021 after bowing out in the third round of the US Open.

Nishikori has made the quarter-finals of the Australian Open on four occasions, but the 32-year-old will not have the chance to go at least one better this time around.

“Happy New Year everyone! Wishing you a healthy and happy 2022. A little update from me that is less positive unfortunately,” Nishikori wrote on social media.

“Since the end of last year I have been struggling with my hip. It’s not 100% recovered yet and I will have to pull out of the Aussie swing.

“This is very disappointing as the Australian Open feels like my home Grand Slam. The Asian Grand Slam. And can’t wait to be back next year. I’m working hard on my recovery and will do everything I can to be back on the court soon. Thanks for your support.”

Nishikori lost to Pablo Carreno Busta in the first round of the 2021 Australian Open and joins a number of high-profile withdrawals from this year’s tournament, including Roger Federer, Stan Wawrinka, Dominic Thiem and Milos Raonic.