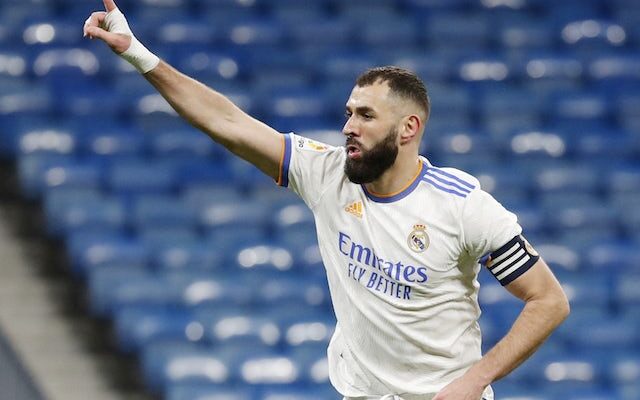 Karim Benzema hit another personal milestone with his 300th and 301st goals for Real Madrid in Saturday’s 4-1 thumping of Valencia in La Liga.

The France international had the chance to hit the landmark in the 43rd minute of the contest after Casemiro was felled in the box, and he stepped up to convert the resulting penalty.

After Vinicius Junior‘s brace put Real Madrid out of sight and Goncalo Guedes added a consolation for Valencia, Benzema turned and fired home his second on the night in the 88th minute.

Benzema’s brace on the night marked his 16th and 17th goals from 20 La Liga appearances this season – five clear of teammate and closest challenger Vinicius in the top scorer charts.

The former Lyon man has also registered seven assists in league action this term as Carlo Ancelotti‘s side sit eight points clear at the top of the rankings, although second-placed Sevilla have two games in hand.