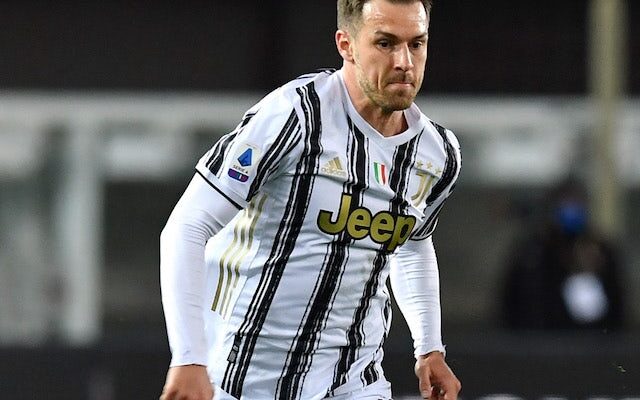 Juventus have opened the door to releasing Aaron Ramsey in January, according to a report.

The Welshman has made just three Serie A appearances this season, largely due to injury issues that have plagued him throughout his time in Italy.

Newcastle United are among the teams that have been linked with a move for Ramsey, who is one of Juve’s highest earners on a salary of €7m (£6m) per year.

According to Corriere di Torino, the Italian outfit are in negotiations with the midfielder’s representatives over terminating his contract in the new year.

The report adds that Ramsey’s agents are pushing for a severance fee to be paid should this happen, but Juventus are not in favour of this.

The 30-year-old has made 70 appearances for Juve since signing in 2019, scoring six goals.