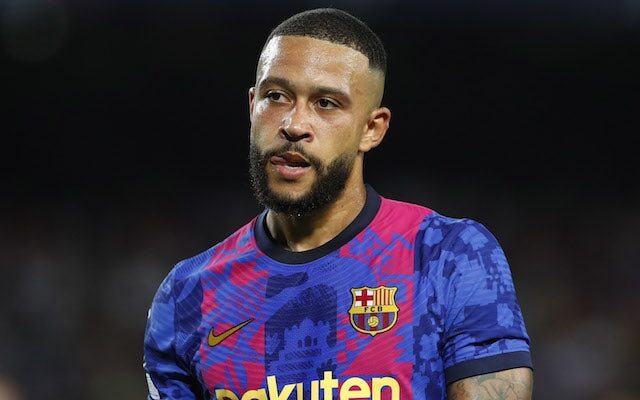 The Netherlands international only joined the Catalan giants last summer after leaving Lyon, and he has been a regular this season, making 18 appearances in all competitions, scoring seven times and contributing two assists.

Memphis has scored in each of Barcelona’s last three league matches but has found it difficult to contribute in the group stage of the Champions League this term.

According to El Nacional, Xavi‘s team would be open to selling the Dutchman next summer if an offer in the region of €60m (£50.9m) were to arrive.

The report claims that Barcelona, amid their financial problems, are keen to raise funds to move for Borussia Dortmund‘s Erling Braut Haaland, and Memphis is viewed as a player capable of commanding a high fee.

Juventus are said to be keen to move for the 27-year-old, with the Italian giants looking to bring a mobile forward to Turin ahead of the 2022-23 campaign.

Memphis scored 76 goals and registered 55 assists in 178 appearances for Lyon before leaving the French outfit on a free transfer following the expiration of his deal.