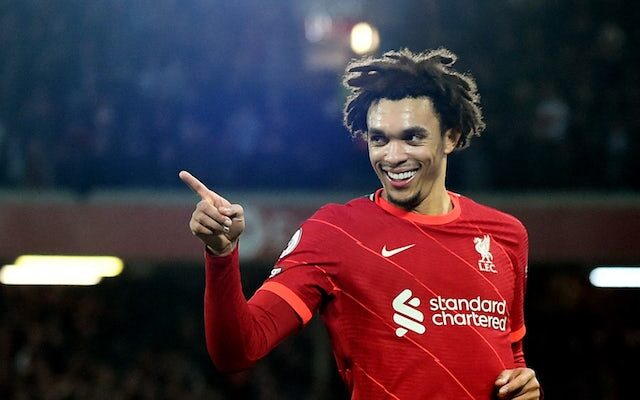 Liverpool boss Jurgen Klopp has revealed that Alisson Becker and Trent Alexander-Arnold should be in contention for Thursday’s EFL Cup semi-final first leg with Arsenal.

Alisson contracted COVID-19 before the 2-2 draw with Chelsea on January 2, while Alexander-Arnold was the one true case in a recent batch of false positives, which forced the first leg to be postponed.

With the tie now taking place a week later than scheduled at Anfield, Klopp has revealed that both players have returned to training, although Thiago Alcantara will miss out once again.

Speaking to reporters in his pre-match press conference, Klopp said: “Trent and Ali trained yesterday, [Divock] Origi and Thiago didn’t. All the others [as long as they don’t test positive] are available apart from the ones in Africa.

“Harvey Elliott looks really promising on the pitch, he is not too far away from team training. Robbo [Andy Robertson] got a little knock in the Shrewsbury game, but he is fine.”

Nat Phillips is set to remain absent for the hosts, though, and Klopp also affirmed that he is “very positive” about the club’s chances of tying Mohamed Salah down to a new deal.