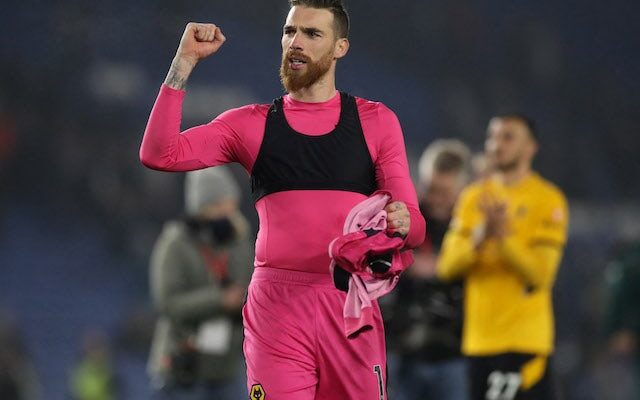 Jose Sa has been crowned the Wolverhampton Wanderers fans’ player of the month for December.

The 28-year-old, who moved to Molineux over the summer as a replacement for Rui Patricio, conceded just two goals – only one of which was from open play – in five matches across the month.

Most impressively, Sa has a save percentage for the season of 85% – more than any other goalkeeper with more than 15 appearances in the top four leagues of English football.

The Portuguese stopper has become a key part of a Wolves defence which has shipped just 14 goals this campaign – only leaders Manchester City have conceded fewer, letting in 13.