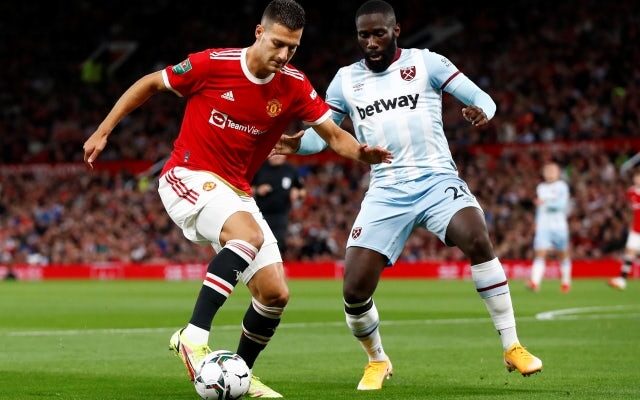 The right-back has been seldom used by Ole Gunnar Solskjaer or Michael Carrick this term, making just seven appearances across all competitions.

Dalot has been widely linked with a move back to Italy after impressing during his loan spell with AC Milan, although he is supposedly keen to stay and fight for his place at Old Trafford.

However, Corriere dello Sport claims that Mourinho still wants to reunite with Dalot at Roma after signing the Portuguese defender for United back in 2018.

The report adds that Roma hope to strike an initial loan deal ahead of a permanent deal in the summer, and Dalot would be open to working under the wing of Mourinho – who he views as a ‘mentor’ – once again.

The 22-year-old has played just 88 minutes of top-flight football this term, and his deal with the Red Devils is due to expire in 2023.