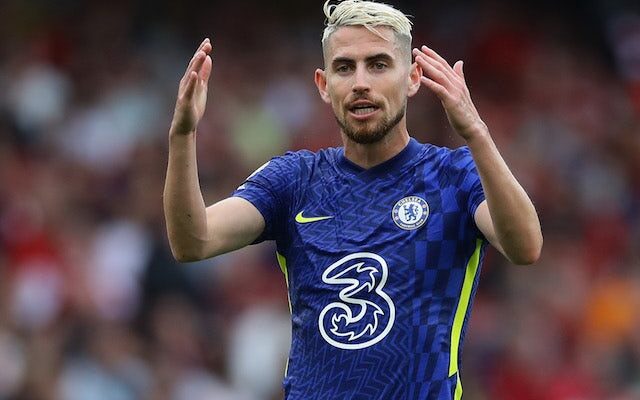 Jorginho and Pierre-Emile Hojbjerg have both been included on a five-man shortlist of midfield targets drawn up by Roma ahead of a potential summer transfer, according to a report.

A central midfielder has been the priority for Jose Mourinho in Rome since his appointment last summer, with a pursuit of Arsenal‘s Granit Xhaka breaking down shortly after his arrival.

Now according to il Romanista, the Chelsea and Tottenham Hotspur central midfielders have been added to the list of targets for the upcoming transfer window, along with Xhaka once more.

Thirty-year-old Jorginho has been an integral part of Chelsea’s midfield since being brought to the club by Maurizio Sarri, and helped the London club win the Champions League last season.

Meanwhile, Hojbjerg has remained important to Spurs ever since his arrival from Southampton, although a recent dip in form under Antonio Conte, as well as the recent arrival of Rodrigo Bentancur, could threaten his position, which saw him benched for Tottenham’s 2-0 defeat to Wolverhampton Wanderers on Sunday.

Aston Villa‘s Douglas Luiz and Lille‘s Renato Sanches reportedly make up the remainder of the list, for a Roma side currently missing out on European football next due to their current position of seventh in Serie A.