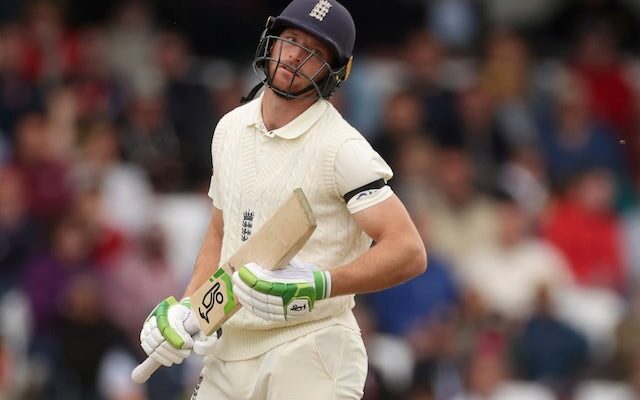 England captain Joe Root has singled out the team’s injured players after they all contributed to a draw against Australia in the fourth Ashes Test.

Jonny Bairstow, Ben Stokes and Jos Buttler all suffered injuries during the early stages of the game in Sydney, a finger injury to the latter already ruling him out of the fifth Test.

Buttler spent a crucial 45 minutes at the crease on the final day, while Stokes and Bairstow were excellent with the bat throughout as they coped with a side strain and thumb injury respectively.

Between them, the pair contributed 101 runs from 228 balls on the final day, and Root was quick to praise all three for the character shown throughout the contest.

Root is quoted by BBC Sport as saying: “For him (Buttler) to front up from the moment he took that knock shows how much he cares, how much it means to play in this team and play for England.

“A number of players were hurting physically and still putting in a huge amount. There was clearly a bit of pain relief required. It’s not just that, but also the psychological element. For them to perform the way they did shows a huge amount of character.”

Sam Billings has already been added to the squad for the day-nighter in Hobart, which starts on January 14.