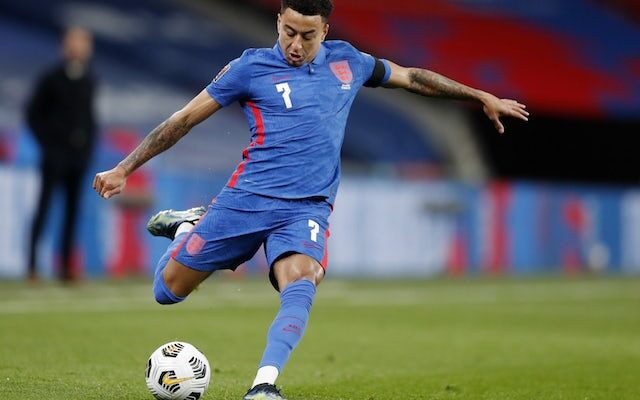 Manchester United attacker Jesse Lingard has fuelled suggestions that he could return to West Ham United in January with his social media activity on Friday afternoon.

Contract discussions between the England international and Man United have allegedly broken down, and West Ham are believed to be lining up a £10m January move for the playmaker.

During Friday’s press conference ahead of this weekend’s clash with Watford, Red Devils boss Ole Gunnar Solskjaer insisted that Lingard was still an important player for the Red Devils.

However, the 28-year-old has only played 63 minutes of Premier League football this season despite scoring twice off the bench against Newcastle United and West Ham.

Lingard has now dropped a hint that he could be heading back to the Hammers by sharing a picture of himself celebrating a goal for the capital club on his Instagram Stories.

The Englishman spent the second half of last season on loan at West Ham, scoring nine times and registering five assists in 16 appearances in all competitions.