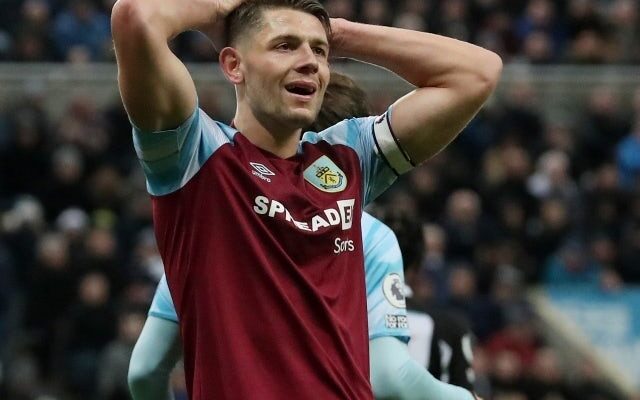 James Tarkowski is one of nine players that have now entered the final six months of their contracts with Burnley.

The group are eligible to talk with European clubs about a possible summer move, with all of them set to become free agents after June 30 when their deals expire.

Tarkowski has been heavily linked with a move to Newcastle United in the January transfer window, while West Ham United are also interested in the central defender.

Ben Mee is also running into the final six months of his deal, and the Magpies have been linked with him as well, although there is an option for a year extension in his contract.

Burnley can also add on another 12 months to Ashley Barnes, while both parties can do that when it comes to Jack Cork‘s deal, which also ends in the summer.

Jay Rodriguez is another player who is now free to talk with European clubs, with the 32-year-old having featured 13 times in the Premier League this season.

Matej Vydra, Dale Stephens, Erik Pieters, Phil Bardsley and Aaron Lennon have all entered the final six months of their contracts as well.