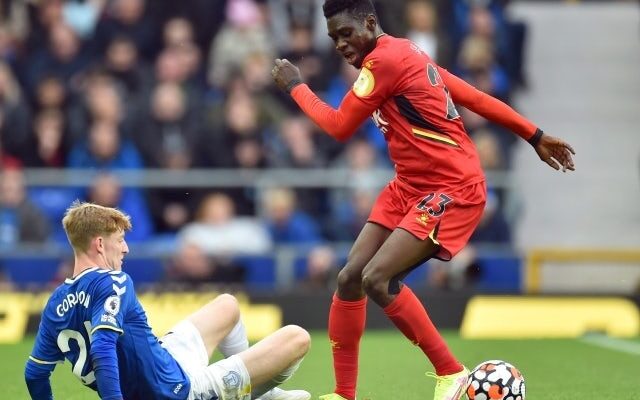 Watford have allowed Ismaila Sarr to meet up with Senegal in order to be medically checked by the international team.

The Hornets have been in a dispute with the national squad over his fitness, with the club not wanting him to be involved in the upcoming Africa Cup Of Nations.

However, the Watford Observer have confirmed that Sarr will be getting looked at by Senegal’s doctors today, but this is simply being done for protocol from the perspective of the Premier League outfit.

The 23-year-old has been selected for the tournament, where they will face Guinea, Malawi and Zimbabwe in Group B, with their first game taking place on January 10.

However, Sarr has not played since November when he sustained ligament problems during Watford’s 4-1 victory against Manchester United, which is why the club do not want him to leave.

Earlier this week the Hornets released an official statement regarding why they are stopping the winger from participating.