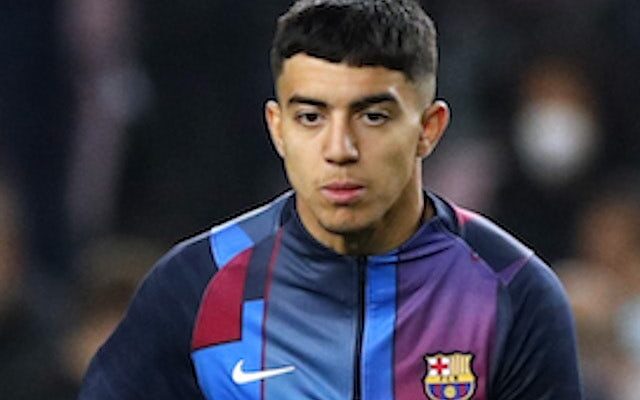 Teenage attacker Ilias Akhomach is reportedly planning to stay with Barcelona despite suggestions that he is attracting interest from Premier League clubs.

The 17-year-old has made three appearances for the Catalan giants during the 2021-22 campaign, including two outings in La Liga, playing 80 minutes of their 1-0 win over Mallorca last weekend.

Akhomach will find it more difficult to secure regular action in the coming weeks, though, as Barcelona have added Ferran Torres to their ranks, while a number of injured players have recovered their fitness.

According to Mundo Deportivo, the Spaniard has offers to leave Camp Nou in January, with La Liga clubs and Premier League sides keeping a close eye on his situation.

However, the report claims that the youngster has no plans to leave Barcelona in search of first-team action elsewhere and wants to sign a new contract.

Akhomach, who only has 18 months left to run on his deal at Camp Nou, has come through the youth system at the Catalan club.