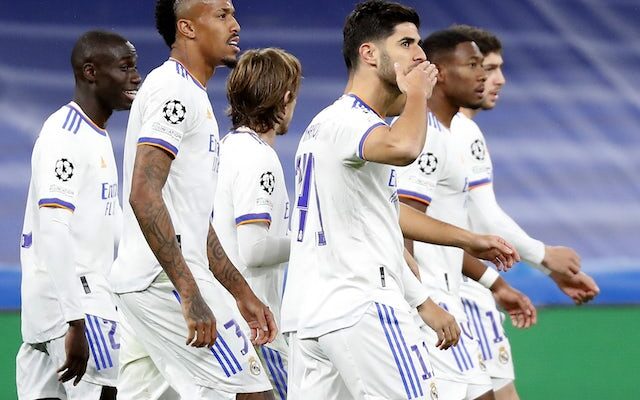 Ancelotti rung the changes for Wednesday’s Copa del Rey contest against Alcoyano, with a number of squad players being given opportunities to impress.

Mariano Diaz picked up a hamstring problem during the 3-1 victory, though, and will be unavailable for selection here, while Dani Carvajal is again likely to miss out with a calf issue.

There are also doubts over Luka Jovic, who recently tested positive for COVID-19, and Gareth Bale, who is currently struggling with a fitness issue.

Vinicius Junior is expected to be back in the squad, though, having now tested negative for coronavirus, and the Brazilian could start alongside Rodrygo and Karim Benzema in the final third of the field.

Ancelotti is expected to name his first-choice midfield three, with Casemiro bring joined by Luka Modric and Toni Kroos, so Federico Valverde and Eduardo Camavinga will drop to the bench.

Lucas Vazquez should again feature at right-back, with Carvajal unlikely to recover in time, while Ferland Mendy will be back at left-back for the division leaders.